The Little Railroad That Didn't 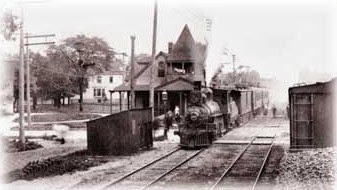 Not every railroad venture in Chicago's history turned into a success.  The history of Chicago railroads is often the tale of the big fish swallowing the little fish.  The great players in the railroad industry were often the product of mergers with, or take-overs of, smaller, less profitable entities.  This was not the story of the Chicago & Evanston Railway.

The C&E was the Chicago, Milwaukee & St. Paul Railroad's attempt to directly compete with the Chicago & North Western Railroad in the north suburban commuter market.  The C&NW had already established themselves with train service operated out of their Wells Street Station.  Despite their seeming monopoly on this market, there was dissatisfaction and complaints about the quality of the service.  The 'Milwaukee Road' saw this as an opportunity to provide the C&NW with some some competition.  The project was probably doomed from the start.

The Milwaukee Road acquired the dormant franchise of the Chicago, Evanston & Lake Superior Railway, and began the process of land acquisition.  This met with immediate opposition from the C&NW and some local officials.  Service between the city and Calvary Cemetery began in 1885, and by the end of 1889 the tracks only reached 14 miles north of the city to the suburb of Wilmette.  Seven years of construction had not yielded a great return for the Milwaukee Road, and the line lost money from the very beginning of service.  The goal of connecting with the mainline at Roundout was never achieved. 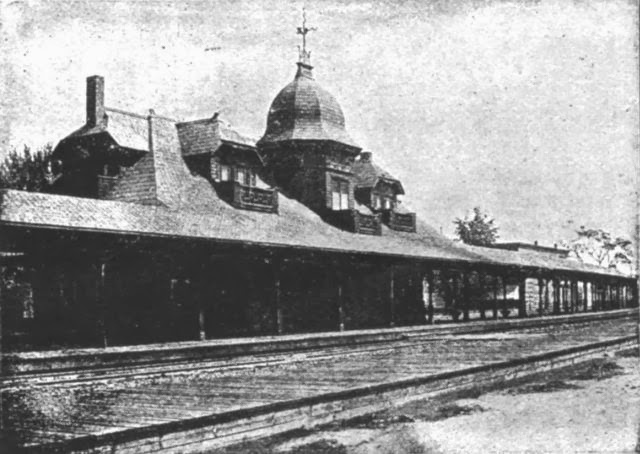 Where the C&NW had fewer stations, the C&E stopped at 20 stations, 7 of them in Evanston alone.  The combined populations of Evanston and Wilmette were not enough to support both railroads, and the expansion of the cable cars and elevated rapid transit further depleted the potential customer base.  Add to this the circuitous route the line followed from Union Station to Wilson Avenue, all at grade, that made the task of timely service difficult if not impossible. 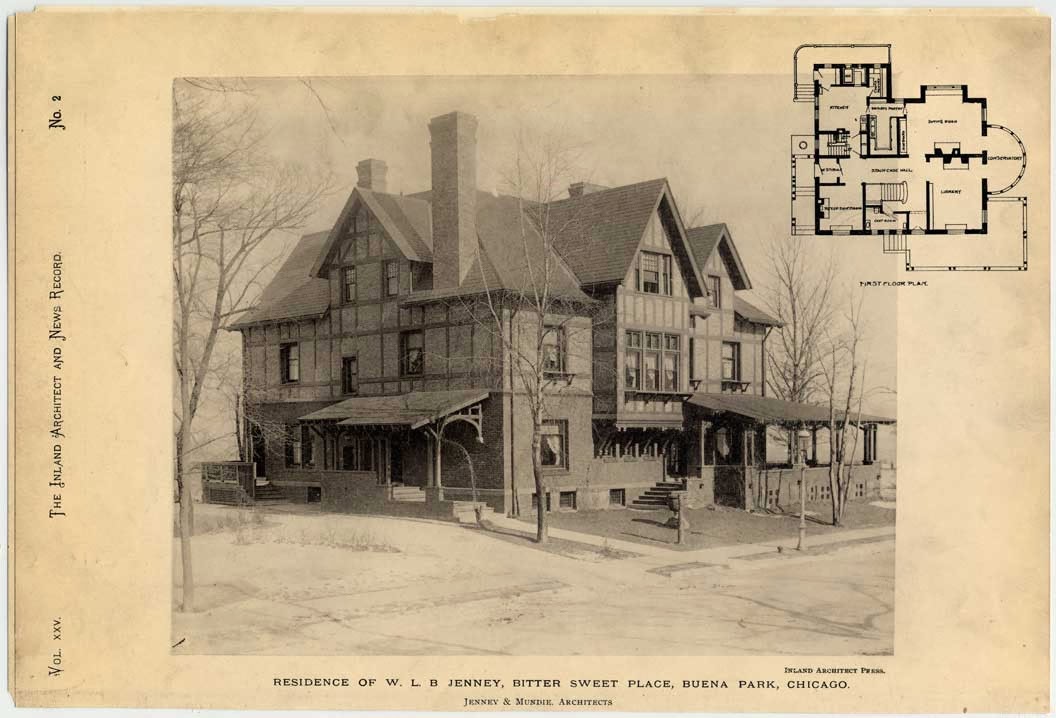 The Milwaukee Road spared no expense when it came to the design some to their 'suburban' stations in the community of Lake View.  The most impressive was Sheridan Park, designed by the architectural firm of Holabird and Roche.  The rusticated stone structure with a prominent tower was suited for the then well-to-do community of gracious homes.  The station would survive a few years following the end of steam passenger service in 1917 as a church.  It would succumb to urban expansion after independent Lake View was annexed by the city.  The area is now known as Uptown. 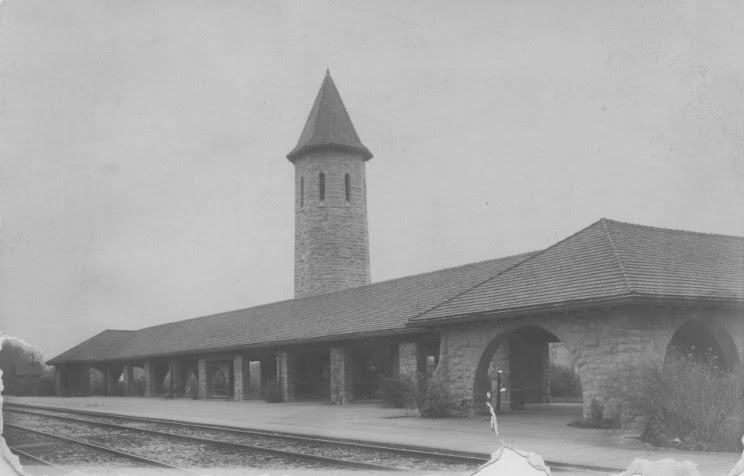 In 1899 the Milwaukee Road sold a portion of the line to a predecessor company to the North Shore electric interurban, with the remainder of the tracks north of Wilson Avenue becoming part of the Northwestern Elevated.  Beginning in 1907 both steam trains and electric transit operated on parallel tracks until the end of steam passenger service.  Milwaukee service was truncated to Sheridan Park (Wilson Ave) and passengers traveling further north now transferred to the Elevated.  By 1910 the ground level tracks between Wilson and Howard Street were elevated on an embankment. 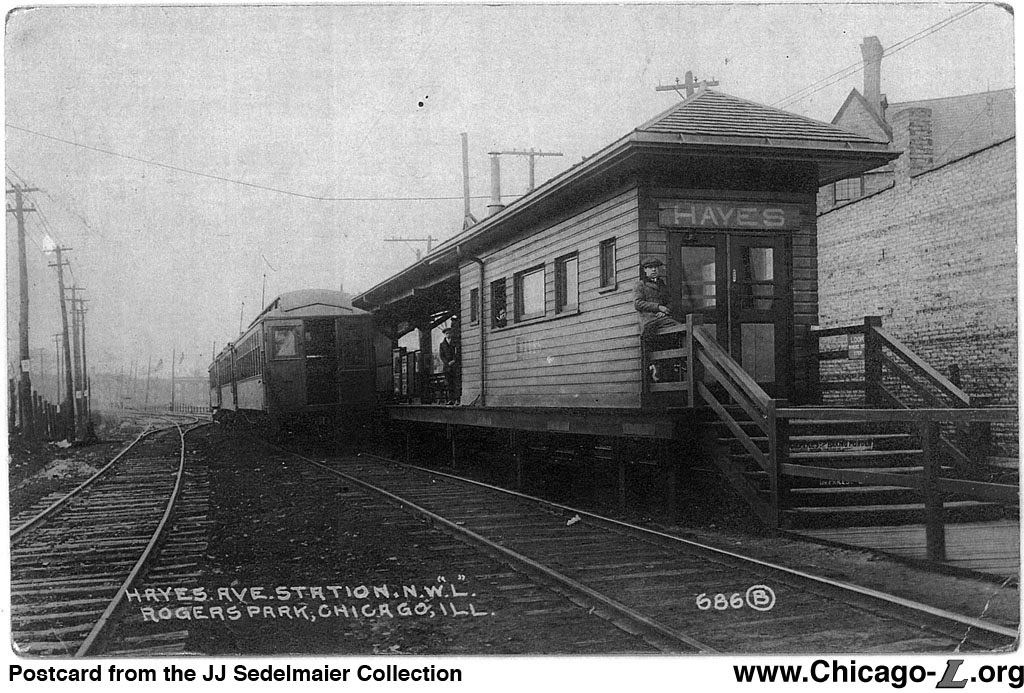 Grade level rapid transit prior to track elevation.  C&E track on the left.

With the demise of passenger service the remaining portion of Milwaukee Road trackage was downgraded to freight-only to service the industries that had sprouted up along the line.  Those businesses north of Wilson, such as coal and lumber yards, were serviced by the Elevated.  An interchange was established at Wilson Ave. for the transfer of these cars.  This unique arrangement lasted until 1973. 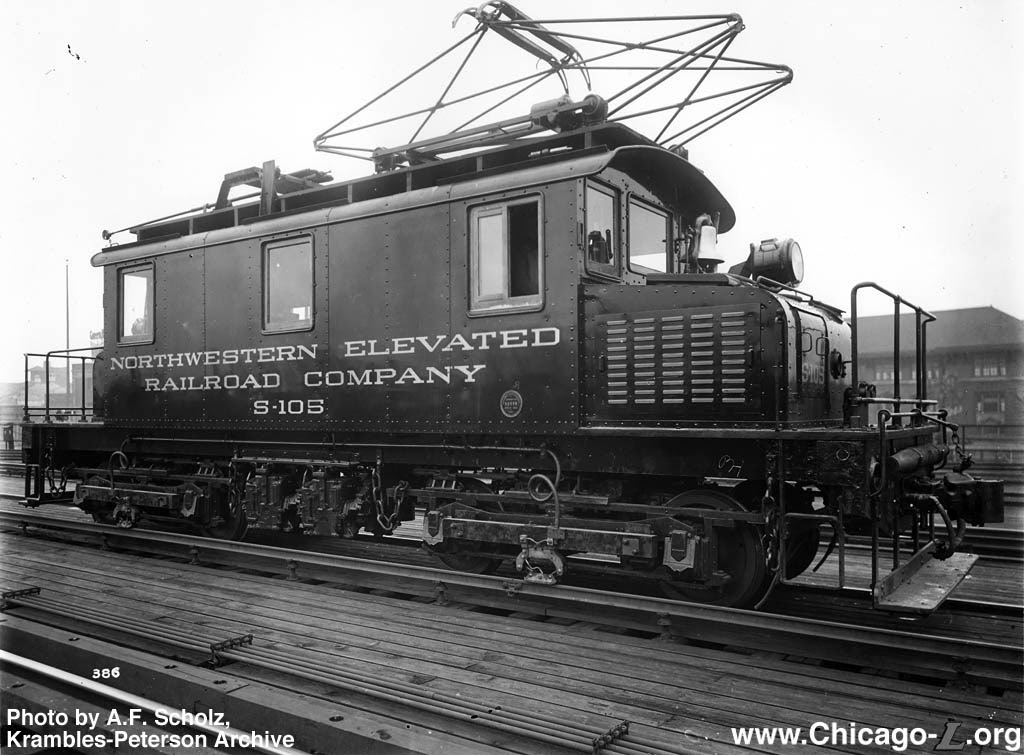 The Milwaukee Road, and successor Soo Line/Canadian Pacific, continued to service the few remaining customers along what became known as the Lakewood Branch.  The tracks have been successively cut back as businesses closed because of residential encroachment.  The line is now serviced by the Chicago Terminal Railroad. 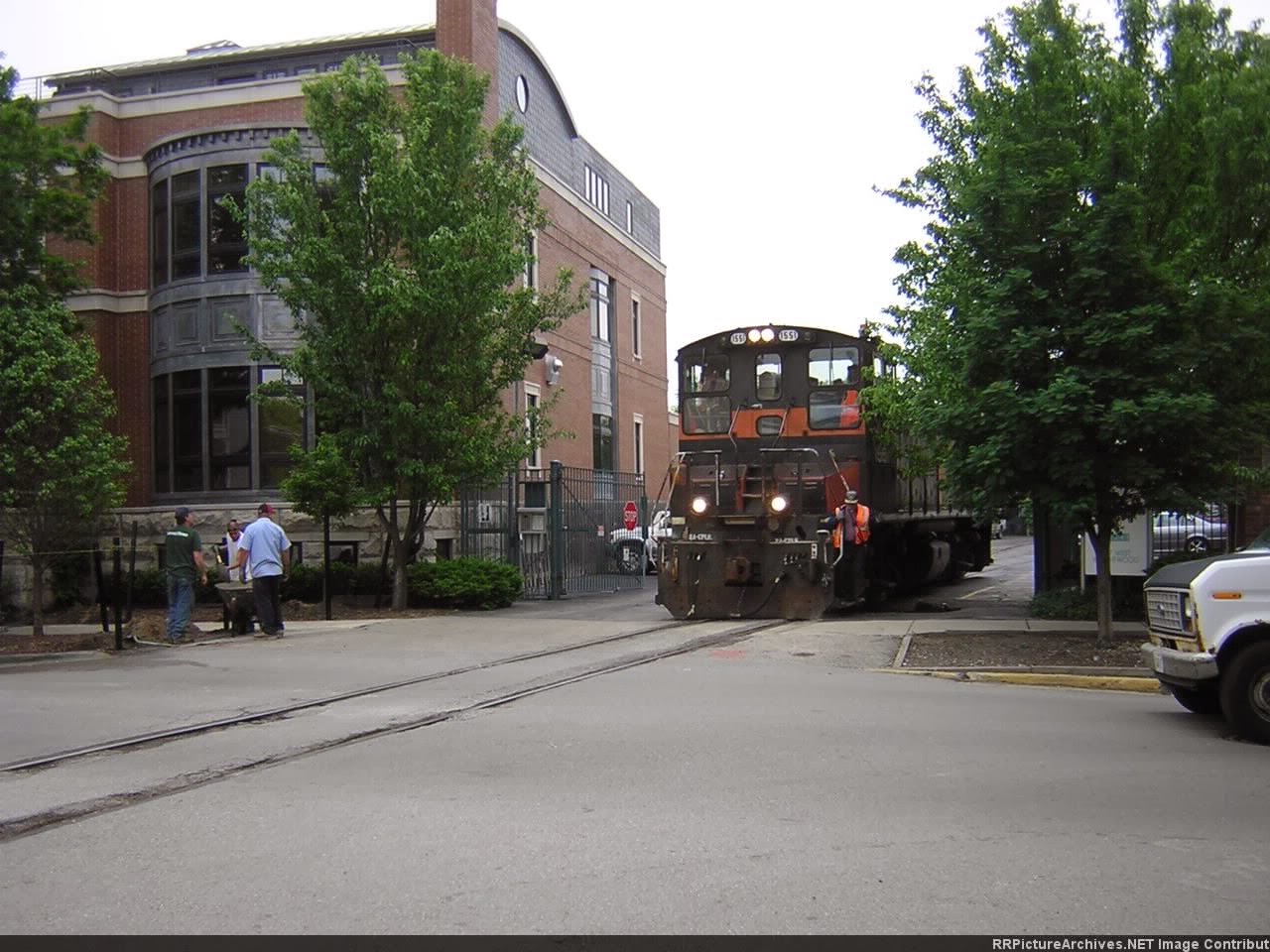 From industrial to upscale residential, the end was near for this scene. 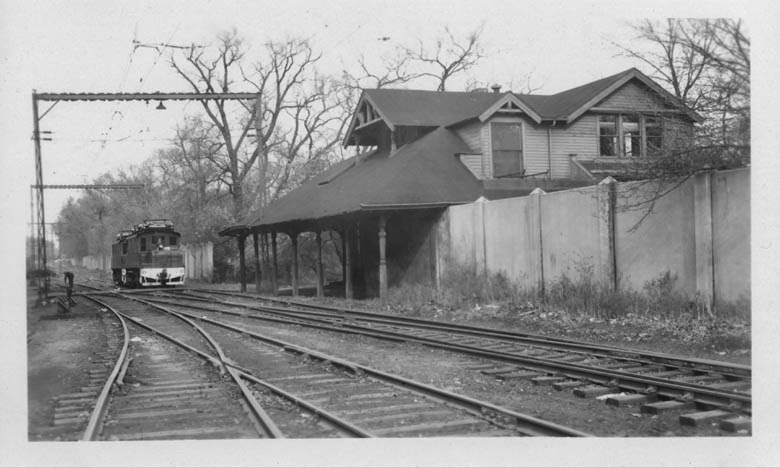 The rails have been paved over in many places.  In 2012 the City of Chicago tore out a large portion of the tracks on Kingsbury Street as part of a streetscape improvement project, but they can still be found here and there, often causing curiosity as to their origins.  They are a fading visual reminder of the Little Railroad That Didn't. 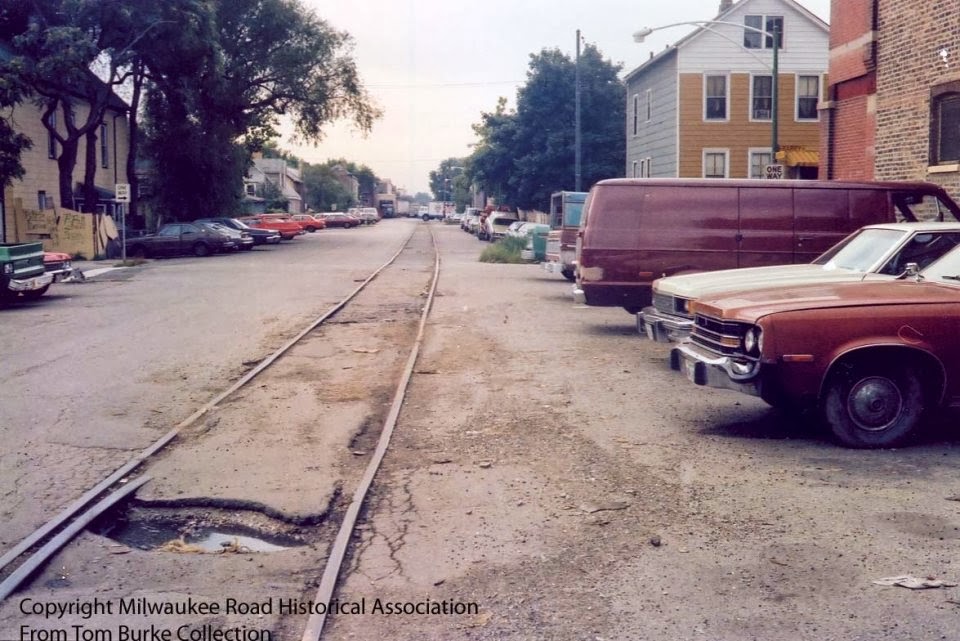